She releases her defences as she meets the greatest Man of all time and trusts Him with her heart, her emotions and her secrets. She falls in love with Him and accepts that she needs to face her fears, abandon her insecurities, crush her complexes and start afresh.

She has to wash away from her mind and her being, all that this world has conditioned her to be. She finds freedom in this one Man that encourages her to be herself and not the next Top Model, size zero pop star or half naked celebrity. Jesus ignites in her a drive to find her true identity and to be whatever she wants to be – not religious, not fanatical but truly free and independent.

She takes up this challenge with pain and tears… but in time she is rewarded as she blossoms into a lady of elegance, who is well trained, and spiritually groomed with a heart that is second to none. She is new. She’s a fighter. She’s a woman after God’s own heart. He becomes her role model and before long she decides to take the next big step: to find her partner for life.

She has so much love to give now because she has received it from her Hero and her greatest hope is to become the best helper of that special man that she will one day meet… She spends hours each day imagining the man of her dreams that will hold her hand and make her feel so secure. Only a man after God’s own heart who has a drive and passion to help others will do. A man of ambition like Her Father. A man with charisma, of responsibility and with self respect. She has confidence that his spirituality will naturally make him a man of character…

Her inner woman declines offers of companionship that come from men ‘of the world’…and these offers aren’t few! Her new found etiquette as a woman of God makes her stand out from the crowd. Even the average man ‘of the world’ who has zero spirituality doesn’t mind having casual flings with any old girl, but when he really wants to find wife material he looks to her. He watches her every move and says to himself: “There’s something different about her. She’s faithful to this God of hers so she will be faithful to me too!” He searches her out like a lion hunting his prey. He chases her, which is endearing… but will this woman of God accept his hand? Not a chance! She has conditioned her mind with one goal: only a Godly man will do. Someone who lives and shares her faith is paramount.

Consequently, her eyes see beyond the looks and the appeal of a men ‘of the world’ (as attractive and gorgeous as they may be), to the point that she is even willing to humble herself to accept a lesser attractive man on the condition that he ticks the “man of God” box.

True or false? I’ve seen it happen – look around, there are many examples!

The woman of God is attracted to his Spirit and his character and these traits make him great eye candy for her. His passion for God really turns her on, and so she is willing to sacrifice looks over Spirit even though she admits that, if she were still ‘of this world’, she’d probably not give him a second look, far less date him! BUT his amazing character, charm, passion and Godliness surpass his not so wonderful looks as the case may be.

Isn’t this woman a treasure worth fighting for? So why is it that when she looks around at the options she has available to her, she only finds several versions of the Male Jezebel?

Who is he? Find out next issue…! 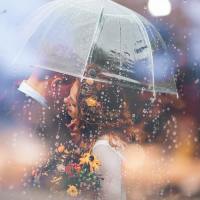 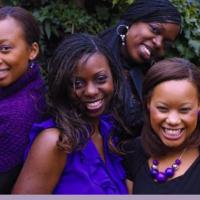